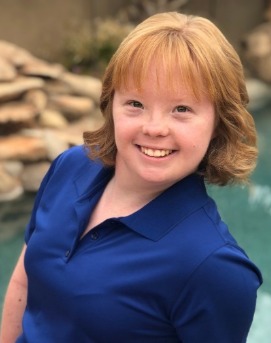 The Orange Grove Champions event is back! Due to COVID, the event will be virtual this year, so please join us from the comfort of your home, on the go, or from your desk at work!

JOIN US as we celebrate athlete Amy Bockerstette and Orange Grove's own Robert Eddington!

HELP US reach our fundraising goal for Healthcare and Georgia services!

Orange Grove is delighted to welcome Amy Bockerstette as the guest speaker for the Champions (Virtual) Event.  Bockerstette, an American collegiate golfer and disabilities advocate, is the first person with Down syndrome to receive athletic scholarship to attend college.

Bockerstette currently plays for Paradise Valley Community College in Phoenix, AZ. She graduated from high school in 2018, having lettered in golf her last three seasons. In 2017, AZCentral.com recognized her with the Best Moment of the Year Award for Arizona High School Sports, and then as one of the "Ten Most Intriguing High School Athletes." 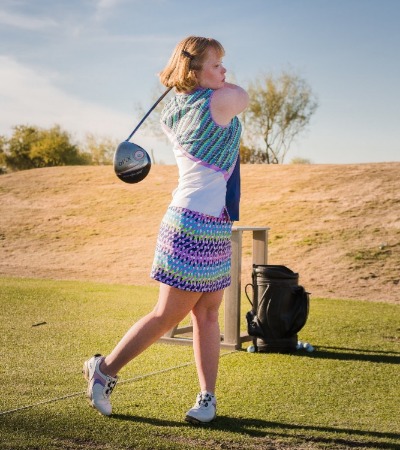 As a representative of Special Olympics Arizona, Bockerstette played in the LPGA Bank of Hope Founders Cup Pro-Am. In 2019, she was invited by the PGA Tour to play the par-3 16th hole at TPC Scottsdale with professional golfer Gary Woodland and playing partner Matt Kuchar during a practice round at the Waste Management Phoenix Open. The video of her parring the hole after hitting into a greenside bunker went viral, racking up 43 million views across various social media platforms.

Her energetic "I got this!" self-encouragement that day captured the imagination of PGA fans and players the world over, and launched her I GOT THIS Foundation. The Foundation's mission is to promote golf instruction and playing opportunities for people with Down syndrome and other intellectual disabilities.

In December 2019, Bockerstette served as one of five Grand Marshals for the 2019 Desert Financial Fiesta Bowl Parade, alongside USWMT soccer players Julie Ertz and Jessica McDonald, US paratriathlete Allysa Seely, and WNBA player Diana Taurasi.  In December 2020, Bockerstette was appointed for a two-year term to the President's Council on Sports, Fitness, and Nutrition. 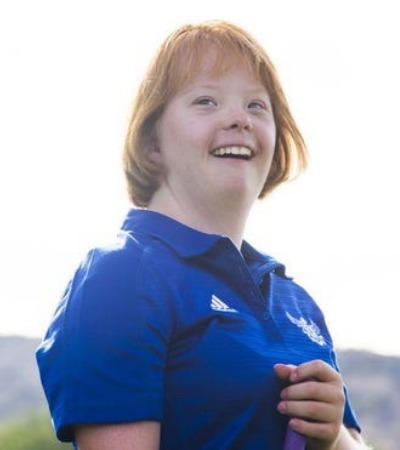 The Champions event is a fundraiser for two specific program areas: Healthcare and Georgia services. Gifts can be made during the event, by sending a check to the Development Office at Orange Grove Center at 615 Derby Street, Chattanooga, 37404, or online.


*Donations of $250 or more will receive a surprise gift!