Shawn Ellis graduated Cum Laude from the University of Tennessee at Chattanooga in 1996 with a degree in Social Work.  Ellis was a member of the Golden Key National Honor Society and Mortar Board National Honor Society.  He came to Orange Grove Center in 1996 in Case Management for a new Waiver program being developed at that time.  After changes to the system, case management was changed to Support Coordination and Ellis was recruited to The ARC of Hamilton County in September 1997.  He quickly became the administrator at the ARC and eventually the Executive Director.  Ellis was recruited to Prolex Medical Services in 2004 as the Administrator, and was promoted to Deputy Director to oversee Department of Intellectual and Developmental Disabilities (DIDD) waiver services as well as Choices services. He was appointed as Executive Director of Prolex Medical Services in 2015. Ellis was recruited by Blue Cross Blue Shield to be a Coordinator for a new waiver program, called ECF Choices in 2016.  After learning about the ECF Choices program from the MCO’s, he returned to Orange Grove Center in 2021 as the Chief Residential Officer to assist with a realignment of all programs back under the TN DIDD oversight. 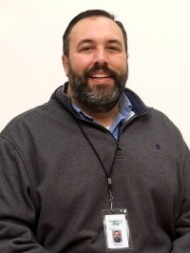